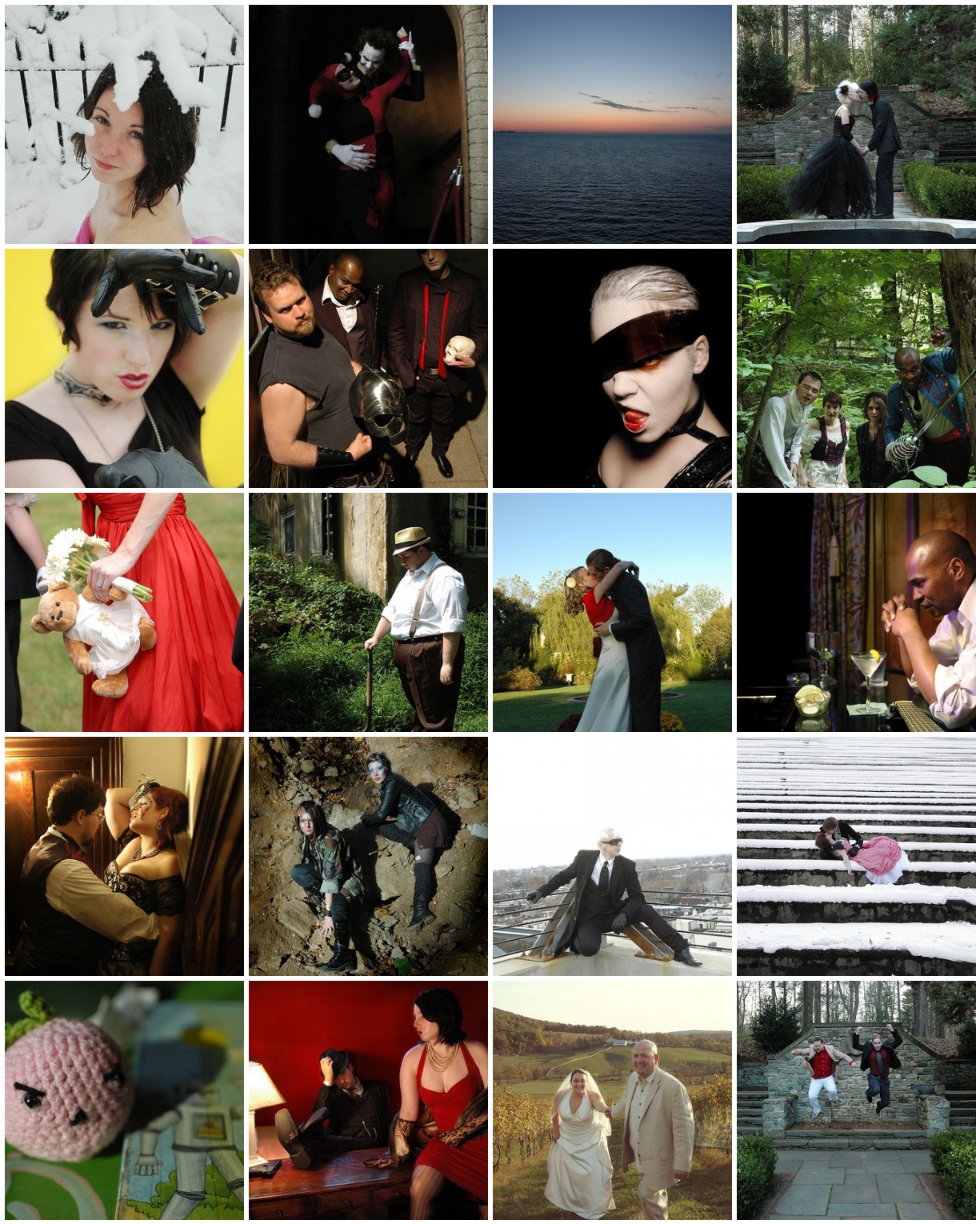 In 2010 Brennan Taylor hired me to make a series of book covers for the supplements to his game, Mortal Coil. I took photos of Gods, Revolutionaries and Monsters for that project. This was also the year of four weddings, a theater troupe, Dr. Mercury, and my honeymoon. I was married in 2008 but we waited a few years to honeymoon it up.

There is much more green in this year than the others, though there is certainly snow. This was a fruitful year. Things grew and blossomed in 2010.