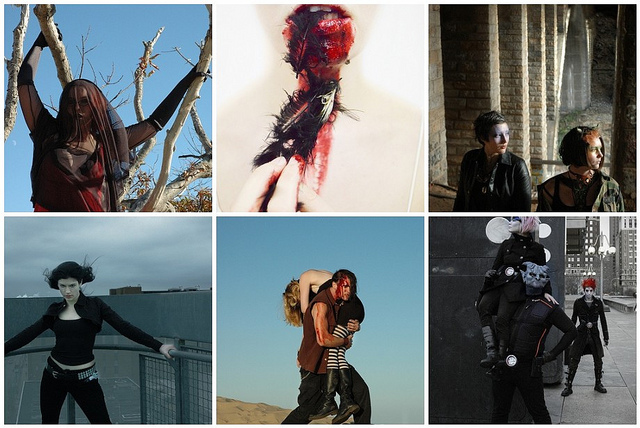 Project Concept: A series of  photography oriented Kickstarters for the production of small-scale photo projects. These projects would be aimed at producing a single photograph, take a day to shoot, and the rewards would be prints of the photos produced from that shoot. These would be projects would result in a cool, unique photograph where the artists involved in helping could be paid a fair wage for their services.

Examples would include concepts such as: Chuck Wendig fighting a bunch of Zombies, Hanner Gatling on top of a cannon while a handsome young man holds her beer, a fashion shoot with martial artists as the models, Mur Lafferty on a throne of human skulls, a photo constructed like a film still from the story of a free podcast novel, post-apocalyptic freedom fighters, Jared Axelrod and a team of sky pirates.