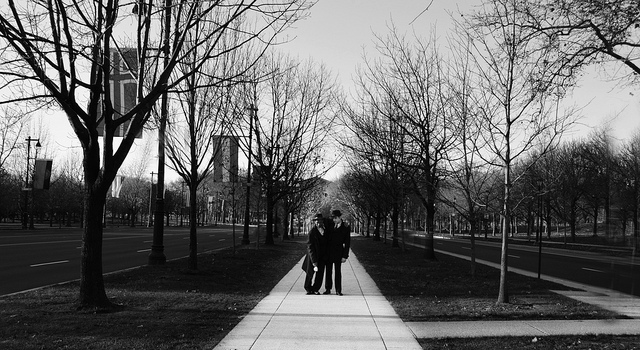 I created film stills from a movie that never existed, based on a book that’s just been released.

Empire State was written by Adam Christopher, and is a part of the Worldbuilder project, a project that expands the worlds of novels with pro and submitted content. Since Empire State is a sci-fi noir, I decided that I wanted to capture images as if they were from a black and white noir film of the 1940’s. Creating these images required research, location scouting, professional makeup, and recruiting models that fit the look of the area and the characters in the book.  It was quite a bit of work and I’m very proud of it.