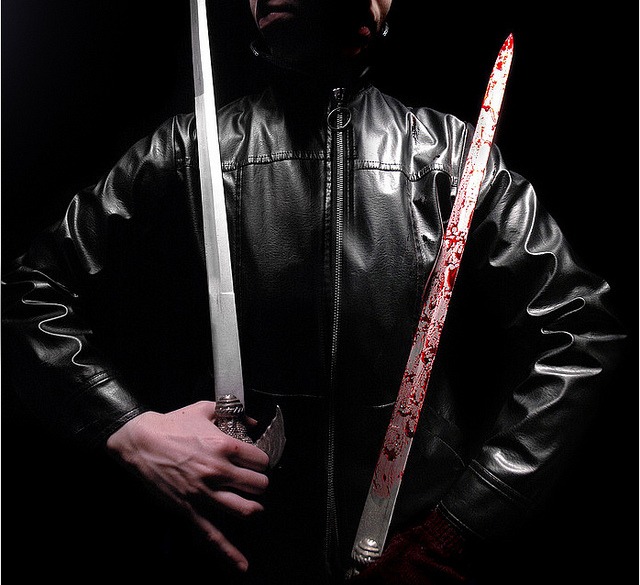 Self Portrait by J.R. Blackwell

Two days before he was sentenced to death for treachery, Lieutenant James Redmond punched his superior officer in the left eye, leaving a dark purple bruise from nose to forehead, spreading like a stain. Redmond wished that he could have blacked out the incident, like so many nights in the year before, all of those nights muddled in his memories, ending in  darkness, the only memory left that of ordering his first drink.

Over those nights, again and again he lost his purse, but it was worth it, because he could lose his memory too, and for a while he didn’t have to think about the past. But he couldn’t forget the crack of punching Captain Sickarat in the face, the pain in his knuckles, and the look of horror. He couldn’t forget his commanders scream as he was pulled away by fellow officers, that long carriage ride to the prison where they kept defectors and traitors, and then that night and dawn where he vomited in the corner, and now, wanted to vomit again, if anything was left in him, anything at all, but he was dry at last, the stink of his cooling vomit in the air.

He leaned back on the wall, and not for the first time that year, wailed, the pain in his chest and the pain of this new failure scorching him.  Hitting a superior officer was treachery, and in this, a time of war, that kind of attack was punishable by death. The fact that he was in prison assured that he would be executed, likely in a mass execution. He had seen an execution once, men lined up, given the choice of blindfold or no blindfold, and the the firing squad, all of them possible murderers and potentially innocent, the bang, sent home in a bag in disgrace. The thought made him dry heave, tears in his eyes, the nausea swimming higher to his head. Then he was silent, and maybe he slept, because the sound of the bars of his cage sliding open made him jolt awake with a shot.

The man that stepped inside his cell, a man who recoiled at the stink and put a hankercheif to his mouth was, in fact, his father.