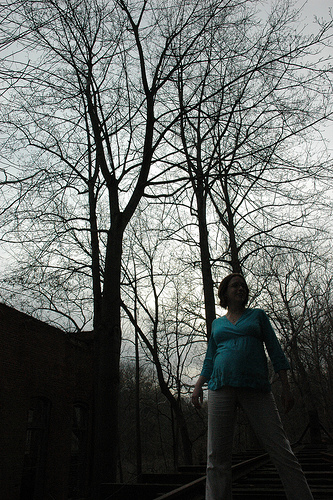 Later in March, I take photos of Heather, a musician and voice actress, when she is nine months pregnant with her first child. We stand on crumbling train tracks down behind the old mill. It is March, but it still feels like winter, and Heather’s husband follows her around holding her coat.

Last weekend, her baby wrapped his hand around my finger and he concentrated on the difficult task of learning to walk. His face scrunches like a scholar as he concentrates on this task. Heather glows now as she did then, the proud mama.